The book is available in different formats (hardcover, paperback & ebook).  For a 20% DISCOUNT enter the code FLR40 at checkout when ordering from the Routledge website. 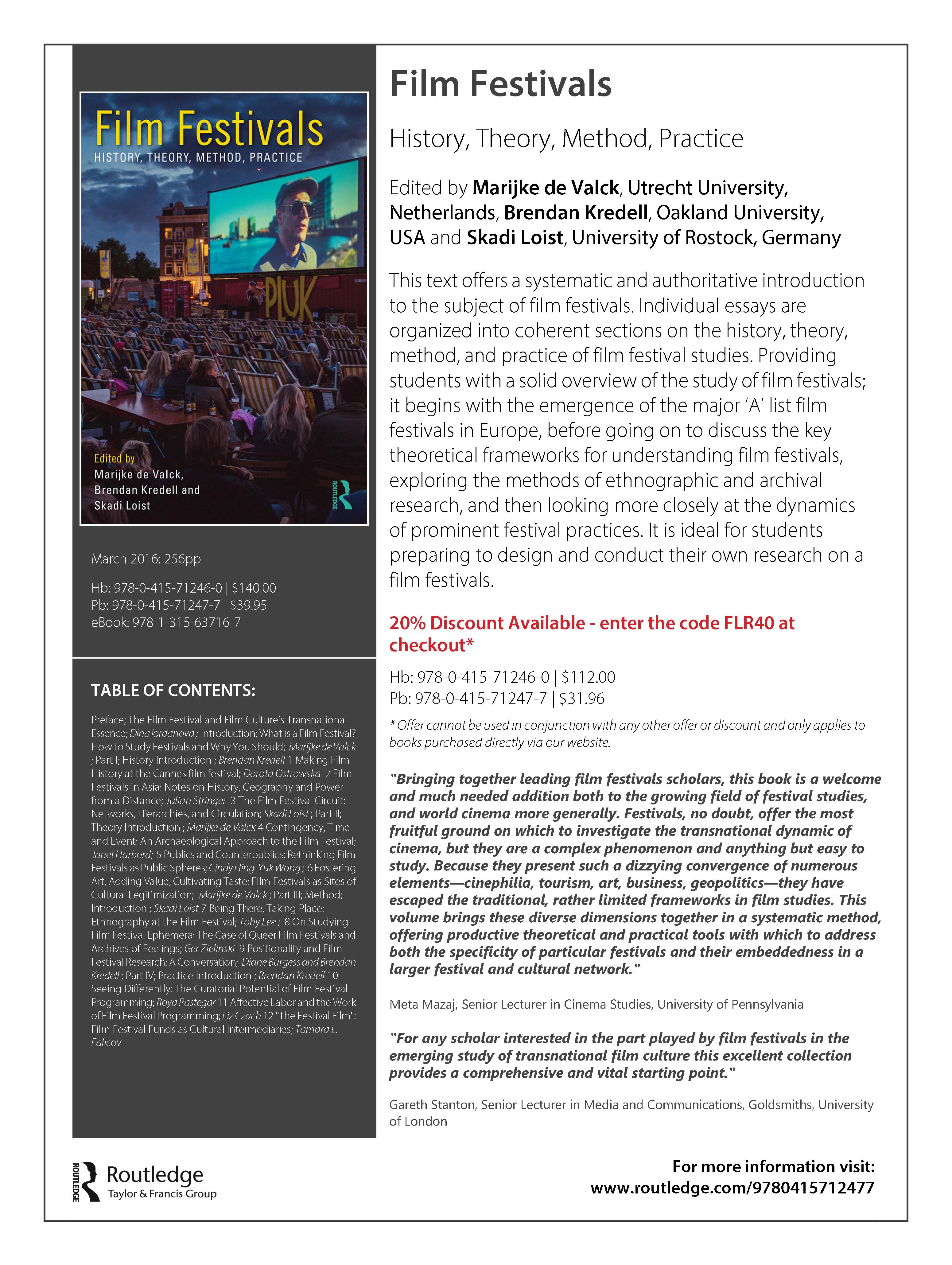 The last decade has witnessed an explosion of interest in film festivals, with the field growing to a position of prominence within the space of a few short years. Film Festivals: History, Theory, Method, Practice represents a major addition to the literature on this topic, offering an authoritative and comprehensive introduction to the area. With a combination of chapters specifically examining history, theory, method and practice, it offers a clear structure and systematic approach for the study of film festivals.

Offering a collection of essays written by an international range of established scholars, it discusses well-known film festivals in Europe, North America and Asia, but equally devotes attention to the diverse range of smaller and/or specialized events that take place around the globe. It provides essential knowledge on the origin and development of film festivals, discusses the use of theory to study festivals, explores the methods of ethnographic and archival research, and looks closely at the professional practice of programming and film funding. Each section, moreover, is introduced by the editors, and all chapters include useful suggestions for further reading.

This will be an essential textbook for students studying film festivals as part of their film, media and cultural studies courses, as well as a strong research tool for scholars that wish to familiarize themselves with this burgeoning field.