Having organized successful panels in Europe (NECS) and the USA (SCMS), the Film Festival Research Network (FFRN) is proud to announce the first gathering of film festival scholars in Asia. In collaboration with the Pusan International Film Festival (PIFF), the FFRN will host a seminar in Pusan (Busan), South Korea on October 8, 2010, the second day of the festival. The seminar will be organized as a workshop session, in which participants present their current research/work related to film festivals. The main objective of the FFRN meeting at PIFF is to offer a platform where film festival scholars can get to know each other and each other’s work. Entrance is free and everybody is welcome to joint the meeting. 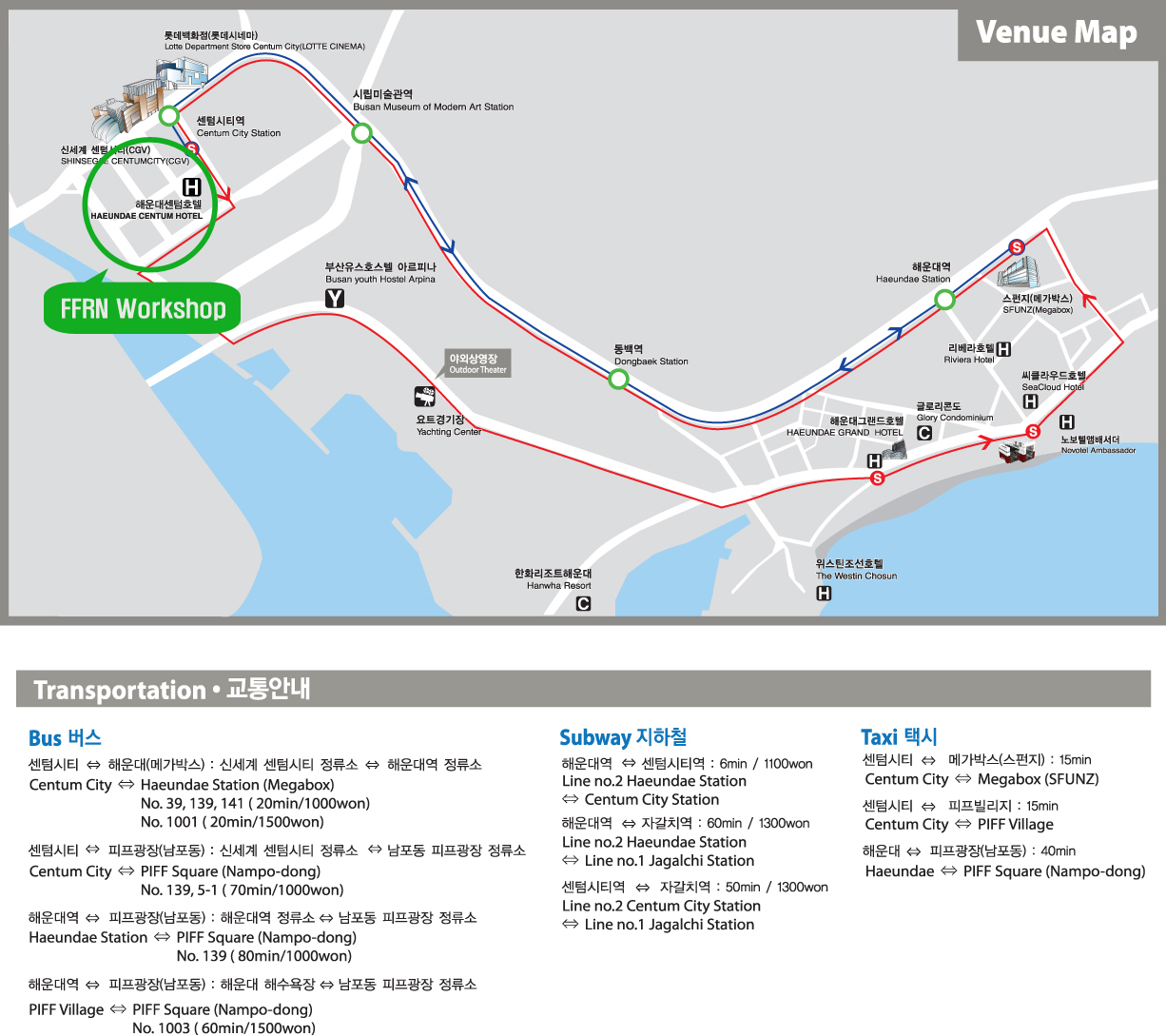 In addition to the FFRN seminar, PIFF organizes a symposium on the Future of Film Festival Studies, co-hosted by the Busan National University on October 9th. Keynote speakers are Prof. Dr. Thomas Elsaesser, Prof. Dr. Soyoung Kim, and Dr. Marijke de Valck. Entrance is free and everybody is welcome to attend the symposium.

Over the last decade, the Pusan International Film Festival has grown fast to become the largest film festival in Asia. In 2010, PIFF will celebrate its 15th edition. The annual event transforms the port city of Pusan into a vibrant film community, showing up to 300 films from over 60 different countries. The parallel scheduled Asian Film Market was launched in 2006. It brings together the Pusan Promotion Plan (PPP), the acclaimed international coproduction/market, and the Busan International Film Commission and Industry Showcase (BIFCOM).