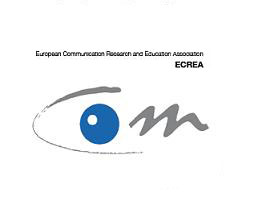 In preparation for the ECREA Film Studies Section Interim Conference taking place in Lund, Sweden, 8-9 Nov. 2013, we would like to invite scholars working on film festivals (especially members of the FFRN) to submit paper proposals for one or more pre-constituted panels.

The panel(s) will be open to papers on all aspects of research relating to Film Festivals, but we especially invite papers on the conference theme of “European Film Cultures” as this topic seems to particularly lend itself to film festival studies.

“The study of film as culture and of film cultures has been an expanding area of study in recent years. The aim of this two-day conference is to focus on the most recent developments and discuss different ways of analyzing film in cultural contexts, as well as film as a cultural product, with the aim to debate how different methodologies and perspectives can inspire each other in productive ways.

The European film industry is currently undergoing profound transformations on account of important economic, technological and cultural reasons. The internationalization of markets, the impact of the digital revolution, the repositioning of Europe on the global scene are some of the factors that currently impact on ideas and practices of European cinema.

The centrality of film to European cultures is both reaffirmed today and challenged by these radical changes. Thinking of film as culture and as a cultural product is essential to our understanding of the evolution of European cinemas within both industrial and creative contexts, and to an assessment of their role in and contribution to our societies. The conference is in dialogue with, and aims to contribute to, recent scholarship that focuses on cinema’s participation in a network of relationships that connect cultural practices and economic realities, technological innovation and industrial production, policy and creativity.

Provisional title: Reflections on the ‘industry turn’ in Film Studies.

We welcome papers on:

We ask anyone interested in participating in a pre-constituted film festival panel to send their completed proposal to Skadi Loist (skadi@filmfestivalresearch.org) by MAY 15th, 2013 to allow time for preparation of the overall panel description(s) and submission before the general submissions deadline on May 31, 2013.

Proposals should include title, abstract (max 150 words), 3-5 key bibliographical references, name of the presenter and institutional affiliation. Panel organizers are asked to submit panel proposals including a panel title, a short description of the panel and information on all the papers as listed above.Panels may consist of 3-4 speakers with a maximum of 20 minutes speaking time each. When you write your proposal, please remember that the conference language is English.

The conference is organized by the Film Studies Section of the European Communication Research and Education Association (ECREA) and will be held at the Centre for Languages and Literature at Lund University, Sweden. Lund is among the oldest cities in Sweden, and can easily be reached via the airports in Copenhagen and Malmö. Further information on travel and accommodation will be given by the time papers are accepted.

You do not have to be a member of ECREA to participate in the conference. A conference fee of 450 SEK/50 EURO will include lunch, administration and a small reception. Participants will have to cover their own expenses for travel, accommodation and dinner.